Loop-to-loop. Is it the best fly line to leader connection?

Several years ago, I found myself once again on the Erie tributaries guiding a Marine veteran during a Project Healing Waters event. He had his own gear and although he had visited the Erie tribs a few times before, he had yet to land and touch one of these steelheads that enter the tribs in the fall and spring seasons. One of the things, I’ve learned to check on when people bring their own gear, is the welded loop on the end of their fly line that they use to attach their leader with a loop to loop connection. I do this prior to entering the stream because I have had these loops fail and fish have been lost because of a loop that is cracked or weakened for whatever reason.

When I checked his loop, there was a very small section, just below the loop that had a very small piece of tippet tightly wrapped around the fly line and in fact had cut into the line outer layer. And when bent at a right angle, you could see that the inner core had been damaged. Not quite sure how this happened but either way – the loop had to be repaired. So, although he was watching me and I showed him the issue, without telling him what I was going to do (my bad), I simply just cut the loop off of his fly line. And he kind of had a fit about it at first, saying the line is only a year old and that I just ruined his line and I owed him a new one. Again – it was my bad – I should have told him what I was going to do and when I did – he calmed down. And the other day, I came across the section I cut off his line in my gear bag. And as a result, I thought I’d pass this all on. 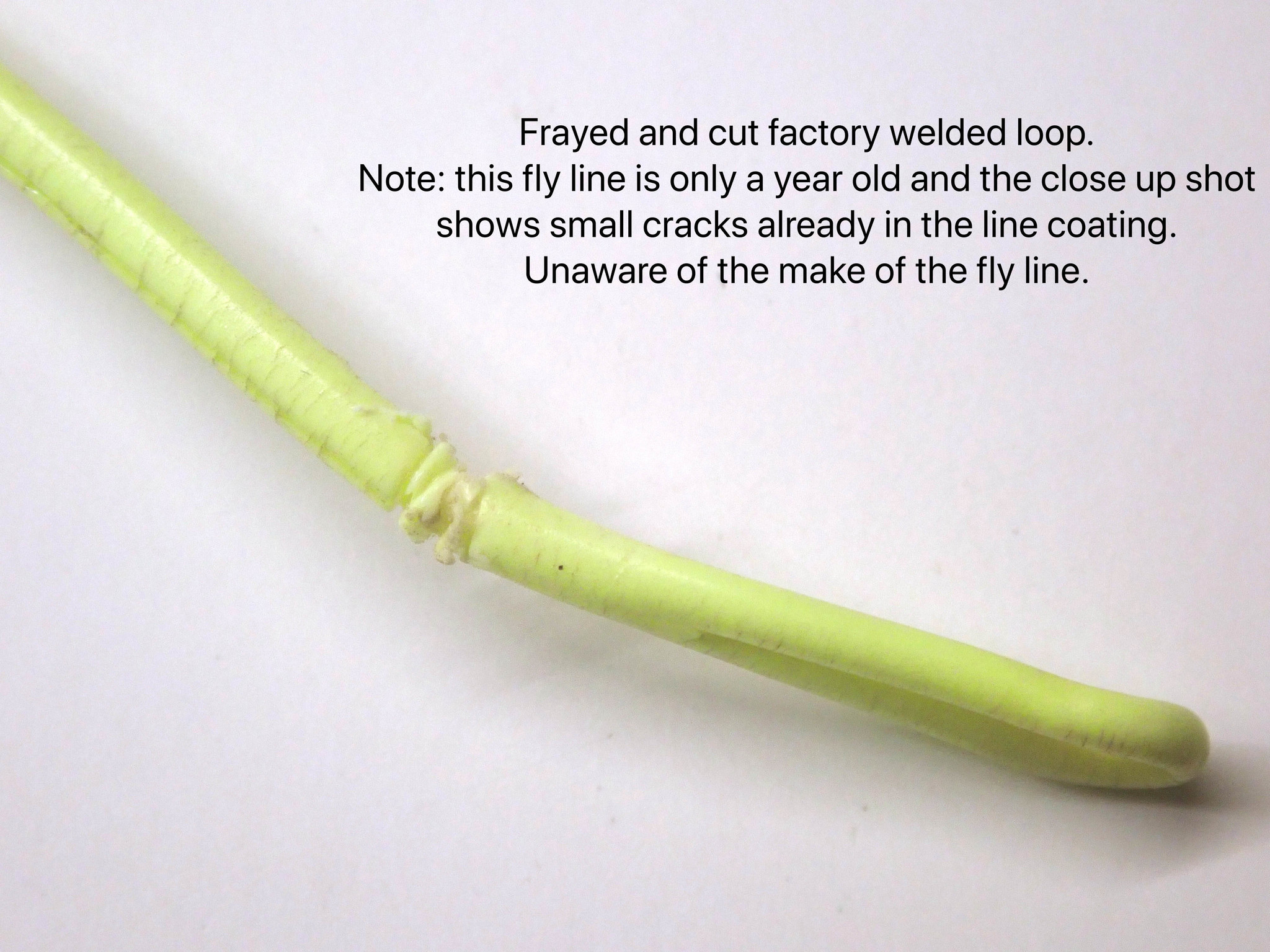 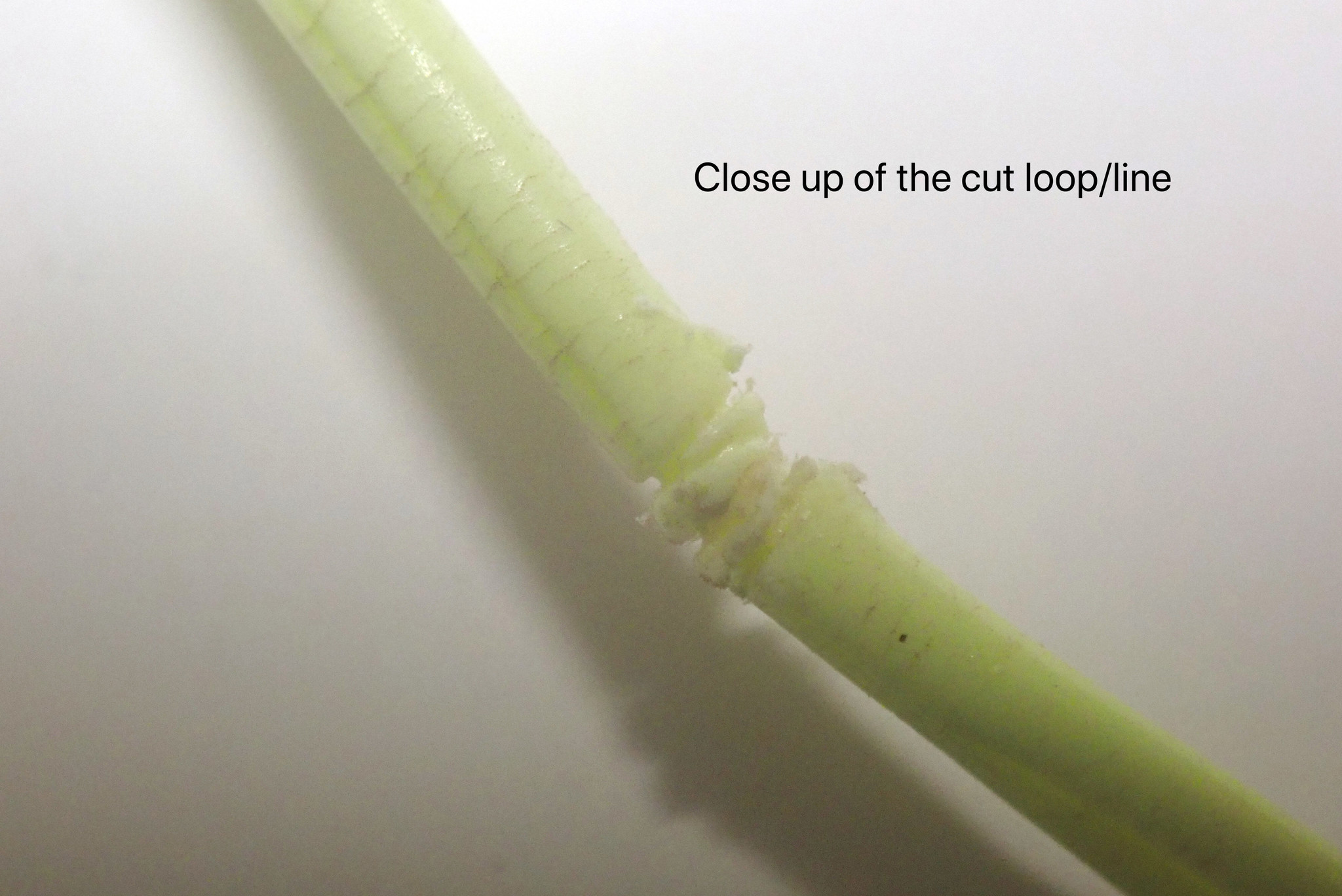 It may not be as important when you're fishing for smaller species of fish but when you are targeting larger fish such as large smallmouth, pike, musky, steelhead, salmon, and all of the saltwater species, you really have to give a good look at that factory welded loop on the end of your fly line prior to going out on the water. Bend it at the loop, open the loop up with your fingers and inspect it right where the welded portion of the loop is and for sure check where the leader is attached to the fly line loop. Over time, since the material that your leader is made out of, whether it be nylon or fluorocarbon, it can and will bite into that loop when tightened up against it, and as a result, that factory loop will become compromised. Eventually, it will fail causing a lost fish and you will not be happy. There are times though and the argument can be made that you may not ever need to do anything with your welded loop on your fly line. That it has held up well with no cracks or tears. And that is great! But if you fish for larger species and do a lot of casting where that leader to fly line loop is “hinging” against each other – I would bet in time you will see wear. Recently, while fishing for Permit and Tarpon in Belize, I noticed that the guide I was with did not have any of his rods rigged with a loop to loop connection. The leaders were all tied in using the Albright knot instead of the Nail knot. His reasoning was that he trusted his knots more that that factory loop. The Albright is a great knot to use for very large fish such as tarpon but I’ve never had the nail knot fail while fishing for steel.

It really is an easy fix though if you find a loop that needs to be replaced and has seen its better days and it only requires two easy knots to learn. The first knot is the Perfection Loop that is tied to the end of a piece of leader material. I use 15lb test Maxima to create this. I cut approx. 12” piece of Maxima, tie that small Perfection loop on the end, and then nail knot the other end to the fly line that I just cut the factory loop off of (much to the dismay of that Marine veteran). I then use Loon UV Knot Sense to coat that knot, expose it to the sun to harden it and I’m good to go. You don’t have to use the Knot Sense – I just think it slips through the guides easier with it. When I’m guiding – I always carry several loops already made up that involve 12” sections of 15lb Maxima with Perfection Loop already tied in. That way if a welded loop needs replace on the stream, I just cut it off and tie on a new nylon loop. 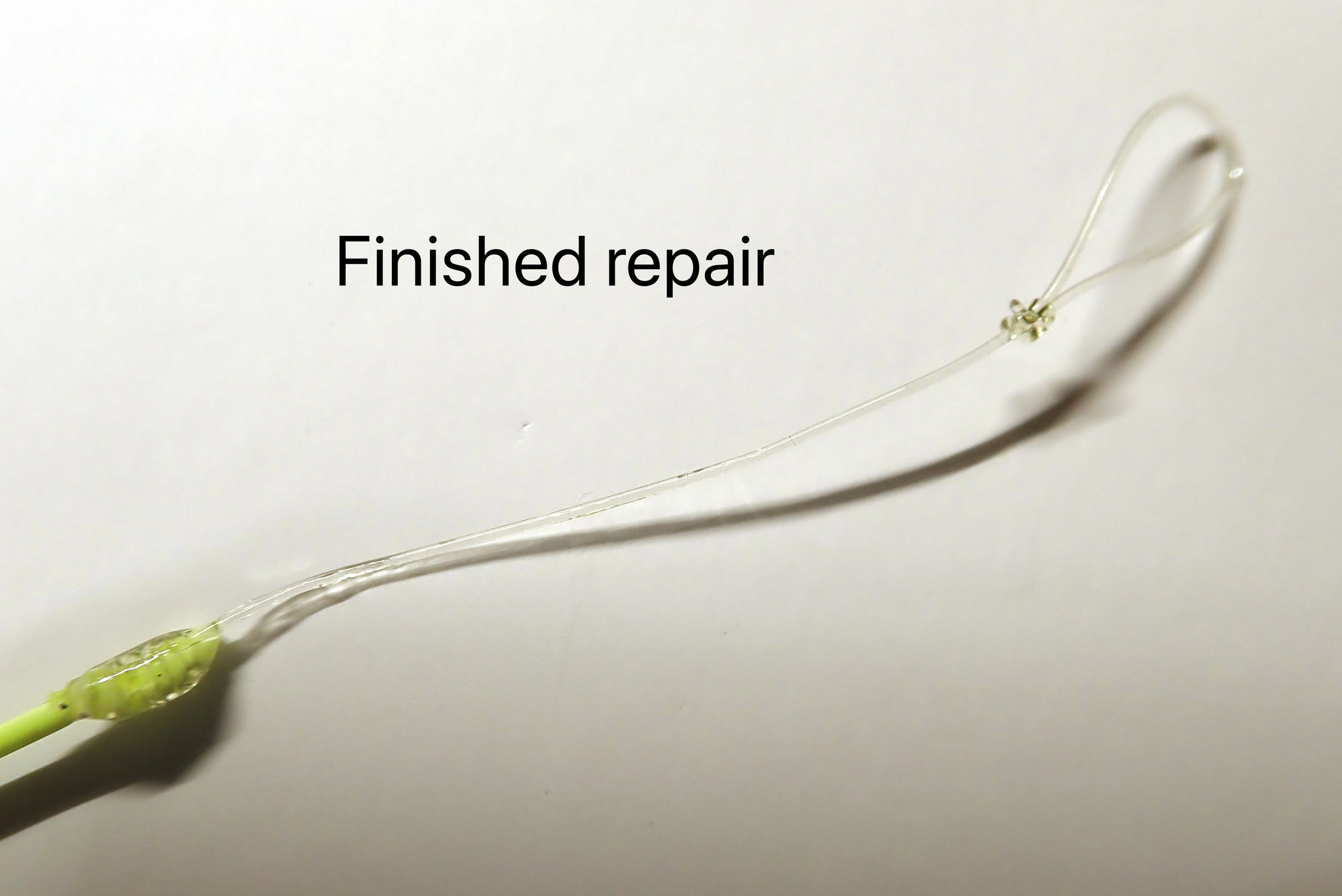 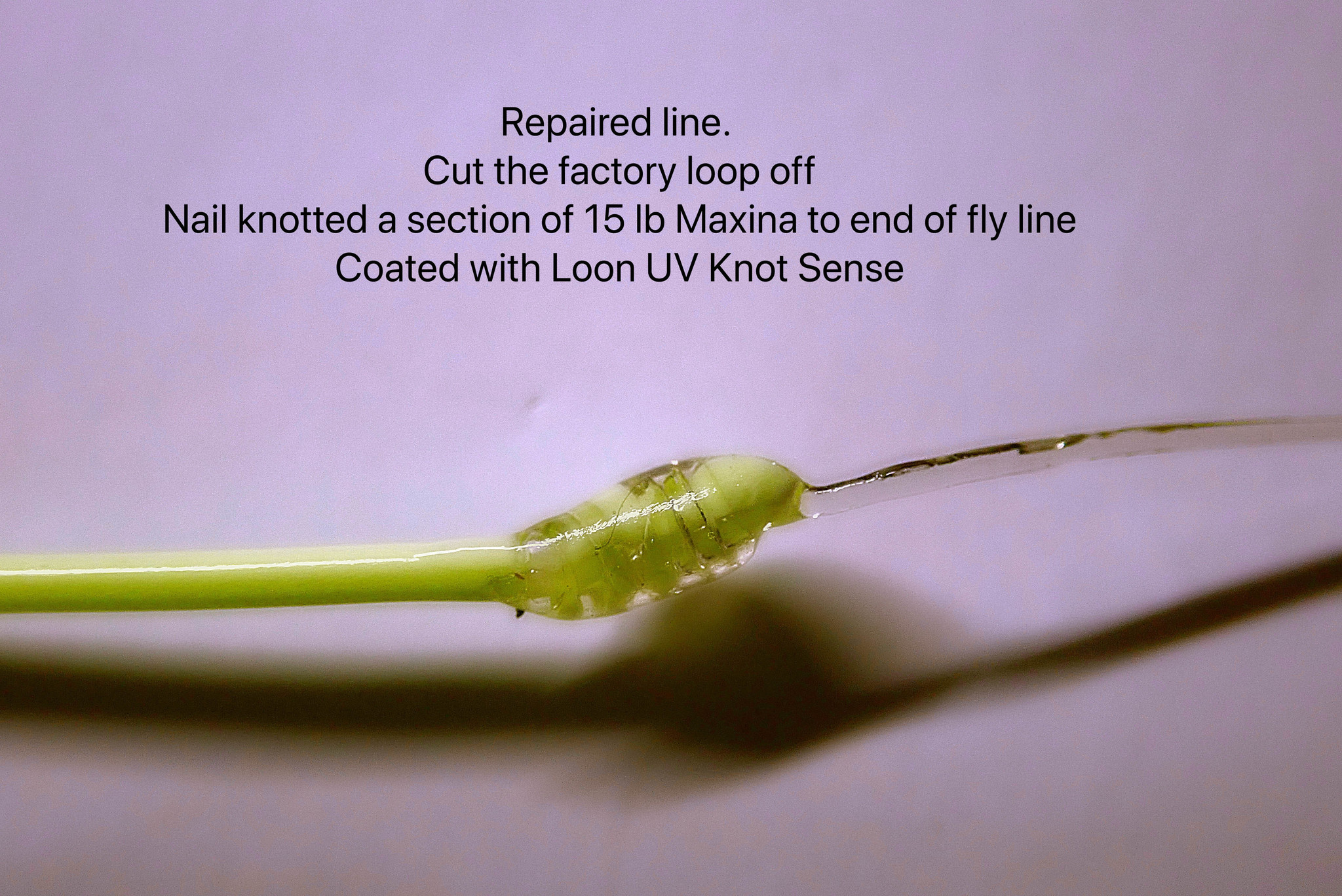 The other option is to not tie on a separate section of nylon loop material and simply tie your leader directly to your fly line with a nail knot. Many times – that is what I will do when I’m fishing for steelhead since my leader is normally a 7 ½ foot 2X leader with a tippet ring tied on. Then from that tippet ring, I tie on a section of either 3X or 4x tippet. I’m never sacrificing the length of my leader by clipping off flies or snagging on the bottom and breaking off. The tippet is weaker than the leader and that is what will break off first.

As far as the knots involved, The Perfection knot and the Nail knot are easy knots to learn and there are many YouTube videos out there showing you how. For the Nail knot, stop in our shop and purchase a Nail knot tool that will make it so easy for you to tie. I’ve got two of them with me at all times.

As far as that Marine I guided that day – It was truly an honor to spend the day with him, during which he was able to touch his first steelhead. And a couple of years later, when I saw him at the Project Healing Waters event again – one of the first things he said to me was “Hey that loop you tied on the end of my fly line last year ……. I’ve still got it on!!!”